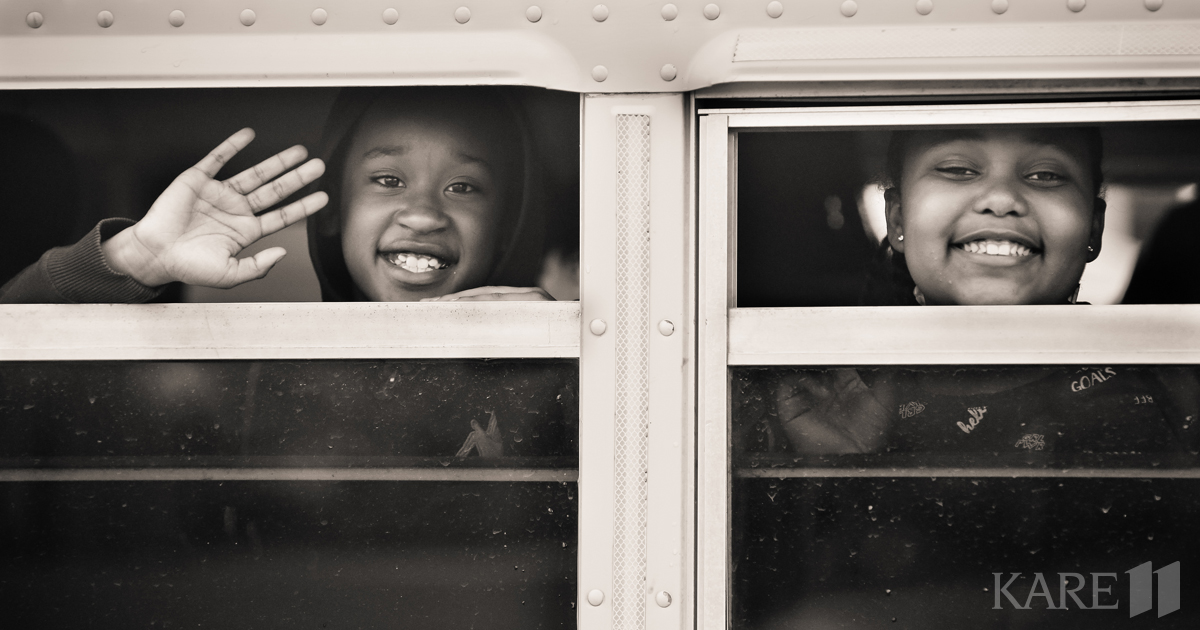 "This gem of a documentary explored universal issues of race and poverty through the intimate portrait of a struggling elementary school and its inspiring principal."

KARE-TV is going to broadcast news' version of the Pulitzers.

"'Love Them First' is one of the most remarkable and memorable documentaries I have ever seen."

"The message of Love Them First as well as the important issues it addresses make this documentary a must-see."

"Filmmakers Lindsey Seavert and Ben Garvin of KARE 11 chronicle the lives of students, families and educators for over a year as they try a new approach to improving student test scores and supporting students with problems at home. The film is an uplifting yet heartbreaking look into the public school system in this Minneapolis community."

"Our students, staff and families are brilliant and bring so much to our school each day," said Graff. "There's a lot of work that goes into meeting each of their unique needs, and we hope this film helps showcase that while starting important conversations about what it means to educate all children, everywhere."

"There are so many broken things about education as we know it in America. And yet there are so many beautiful things, as well. It is our collective hope and deepest desire that this film encapsulates the breadth and depth of both. It is our hope this film gives a glimpse into the heart and soul of the dedicated and persistent and resilient and passionate educators in Minneapolis Public Schools and beyond. It is our hope Minneapolis sees this film as not Lucy Laney's story—but the story of us all."

"When we came to [Friestleben] with this idea, she had every reservation, and she had every right to those reservations, but I think we proceeded with caution, and we gained trust story by story. I think through showcasing our willingness to be uncomfortable, to listen, to understand, and to be authentic--through time we sort of became entrenched and immersed in the school culture for a year. And we became part of it, so much so that they stopped noticing Ben's cameras and they would willingly sit down for our cameras," said Lindsey Seavert.

"Students loved the cameras and microphones. They loved it. They were so funny. Even to this day they believe they are celebrities. Ben would say, ‘let them touch the camera,’ and he gave the older kids little cameras and taught them about lighting and good audio. We told the kids what an honor it was to have people who want to show us in our true environment and our true selves. The kids love seeing themselves on TV," said Friestleben.

The film's co-directors Ben Garvin and Lindsey Seavert, along with principal Friestleben, chat about film’s premiere on hour-long show with Angela Davis.

The film's co-directors Ben Garvin and Lindsey Seavert, along with student council vice president Aundrielle, appear on "News and Views with Roshini Rajkumar."

Q&A with principal Mauri Friestleben about the film.

"We have children all over this country who look around their classrooms and don’t feel they are who and what they are supposed to be. The psychological damage that does early on in life is something we are allowing to happen. I hope that as people view the film, they are moved to move the system into a different space and place."